Evan met his 'GreatPapa' in August when his mama, brother and sister came to Minnesota.  His GreatGrammie had just moved into a nursing home and we were on the way to meet her too.  At the entrance, GreatPapa asked if anyone would like a ride.  Madalyn and Milo were too shy, but Evan loves EVERYone and was just the right size for GreatPapa's lap. 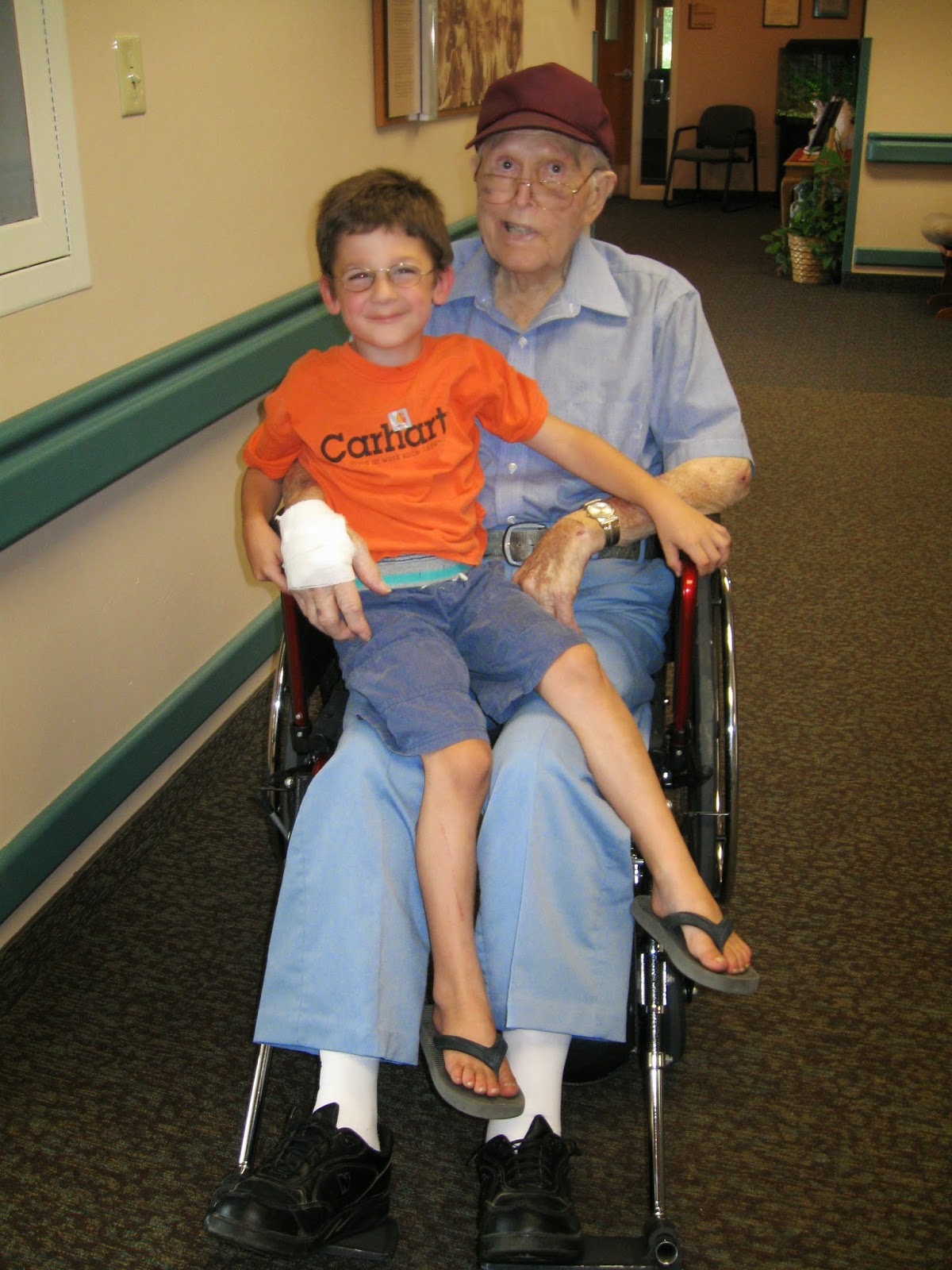 Oh what joy, for Dad to meet some of 'The Little Ones' he never failed to ask about.

When Al and I arrived at Evan's house nearly two weeks ago, Evan had just had his 6th birthday. There were still cupcakes left over from his family party and he was very eager that we each have one, which we did.  He had especially asked for mini cupcakes, and his mom is a good baker and had piped on a thick bloom of frosting.  They were very good.

After a short visit it was time to go, and Evan very lovingly and generously asked 'Do you want to take one to GreatPapa?'

Not knowing if he had been told of GreatPapa's death or not, I merely said 'He's not here anymore'.  I managed not to cry until Al and I were in the car and I asked Al if he had heard, and I told the story.

I asked my daughter later if she had told the kids -- she had come to MN again for the funeral -- and she said that she had told 7-year-old Madalyn, who got very upset, so she hadn't said anything to the boys.

On my next visit to their house, Evan was very concerned.  He asked 'Is GreatPapa all alone?'  Of course he would be worried that, since Al and I were back in the Northwest, GreatPapa would be all alone in his house.  No, GreatGrammie is with him.

Oh how I love this boy, and his love of family.