We are gradually adding in 'healthy' carbohydrates. We have had oatmeal with blueberries.  The Fluffy Berry-studded Pancakes were SURPRISINGLY good!  (We are using the South Beach Diet Super Quick Cookbook)  The pancakes are made with only a 1/4 cup of whole wheat flower, and COTTAGE CHEESE.  We just drizzled a little agave syrup and they are just right--even for me, who usually sops my pancakes with syrup.

A couple of failures.  We attended a grandchild's 2nd birthday party, at a Red Robin, when we could have no bread, fries, birthday cake, etc.  My daughter asked 'What will you EAT?!!'  We both got the chipotle cesar salad with grilled chicken.  It should have been fine, but we both felt terrible the next day.  I am betting there was quite a bit of sugar in the dressing.

And, we LOVE pizza.  So when I read that you could have pizza in Phase 2, if you got thin crust, and the Mediterranean Chicken Delite was on sale at Papa Murphy's, I thought we would be okay.  NOT!  Again, both of us felt awful the next day!  I even said 'I feel like I have a hangover.'  Was it the wheat?  Or perhaps a lot of sodium?

The good news, I guess, is that we both had the same reaction.

Better good news?  Al has noticed that it is a lot easier to get up from the couch and into/out of the car, and that his knees don't bother him as much.  I have noticed that even my freshly washed and dried jeans are a bit loose when I put them on, which means I have to hike them up pretty often later in the day.

We have not significantly increased our exercise level, but we look forward to summertime hikes in the San Juan Islands and Puget Sound.  We DID participate in the Portland Rose Festival Starlight Parade, walking with the Christmas Ships organization.  I was told the route was two miles long, and it was a lot of fun.

Other changes for me?  I have a friend, a couple actually, who LOVE to read cookbooks.  I always thought that would be boring, but I find myself STUDYING this one, and having fun trying lots of recipes.  (I have always said that I COULD cook, I didn't LIKE to, mostly because of the planning.  I loved Thanksgiving dinner, because the menu was already set!) 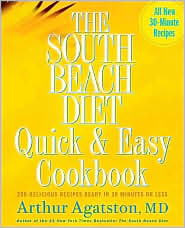 I have bought some fresh spices, and have cooked with wine over the past week.  I have said more than once over the past few weeks that I think this diet has 're-set' our taste buds.  I have never liked onions, particularly, but now I find them quite tasty!  Red onions add a lot of YUM to a salad.  And olive oil, lemon juice, and just a sprinkle of salt make a good dressing, too.

Al says it's fun to see me getting into it so much.

We are spending quite a bit more on FOOD, but we don't eat OUT too much anymore (kind of afraid to, honestly, after our two 'fails').  I miss Starbucks (and they probably miss me too), but we HAVE gotten 'skinny' lattes a couple of times.  By the way, sugar-free is NOT as good as the real thing.  And we really miss the breads and pastries from Je t'Aime bakery in Vancouver!

To sum up, skinnier is feeling pretty good.  We are a little anxious about not losing much since going onto Phase 2.  But we will keep on.
Posted by Viking Star at 3:35 PM