I am frustrated, and giving up for now.  Arg.   See, my primary laptop runs winXP - and we have all seen the Apocalypse warnings around continue to use winXP.   Many magazines, online and on-paper, are more than happy to tell you what to do.  Microsoft even has a handy self-check tool on their website, that inevitably comes to the conclusion that you need to hop on down to Best Buy and purchase a brand new computer.  (Oh, and while you are at it, also replace those nasty old 'office' applications you have with nice fresh web-based ones.  Only $100 a year!)

Well now, is that what I do?  No way.  My beloved Thinkpad T43p's work great, are cheap and are rock solid. Sure, one of the new machines would be nice, but the ones I tend to look at cost well over a boat-buck, and the ones that are close to my price range really are not much different from what I have - well, one difference:  See the 'p' series of Thinkpads have a wonderful LCD display, all 1600x1200 pixels of it combined with an ATI graphics chip...  VERY helpful when doing PCB CAD work.  (Nope, no room for a 24' monitor on a boat.) 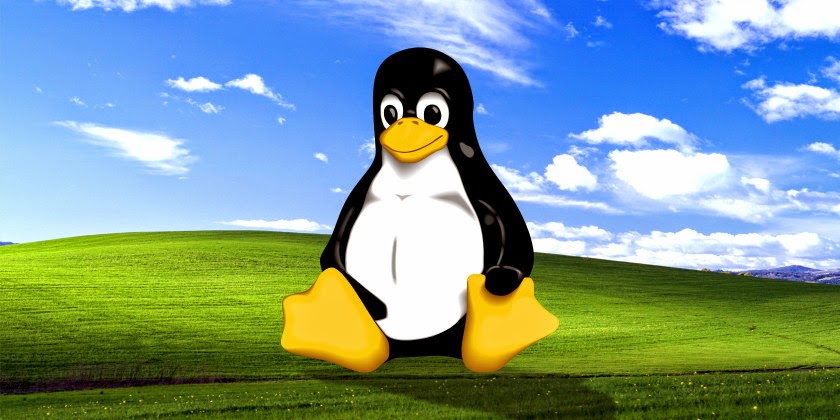 So Linux!  Why not!  Linux even started a kind of PR campaign to 'Come out of the dark!'.  I tried Linux about 10 years ago and went back to XP - mostly because Linux lacked the ability to stream the Chinese Olympics via CBS.  But over the past several months I have been playing with Linux and it seemed like a good choice.  After days of research, I settled on Lubuntu http://lubuntu.net/  A 'light weight' version of the popular Ubuntu line that was built on a solid code, and seemed to offer more up-to-date apps then say Linux-Mint.  I even waited -- waited with great anticipation -- for the next LTS (Long Term Support) version 14.04 Trusty Tahr to come out this week.  Like a Nerd-I-never-have been I monitored the boards to see the hour of  release.   Well, yesterday it came out and I installed it, then worked to move over my other functions (ala, transfer Email files, all the saved data), install apps for editing, Arduino, KiCad, etc.  Even a little Wine to get the LTSpice running!  Over the past several weeks I had figured out how to cover all my bases...

Oh Joy, fast boots, two desktop screens to flip back and forth.  Customize the clock, it was great.  Thunderbird is a bit more difficult to use than Outlook, but I figured I would get used to it.  Libra of course is different, but was able to open my office files.  And as Lubuntu's apps are up to date, I even got the next Arduino IDE installed, which started to complain about me not declaring my PROGMEM variables as 'const', which I guess it right. 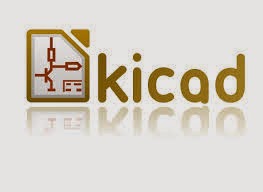 And then I tried KiCad.   What a disaster.  I have spent most of today researching the issue, and the problem is an argument between open-source ATI drivers and KiCad.   One saying 'you should do it THIS way', the other saying 'Nope, THIS way'.  End results: page redraws take about 1 second. Panning, 1 second.  Zooming, 1 second.  Anything, 1 second.  In a CAD tool, these are all very common actions - actions that at one time justified spending $25-35,000 on SUN workstations!  (Plus untold $'s on software).  There is a 'proprietary' ATI supplied driver which does not have this issue, but X-open decide to drop support for it a while ago...    And no one seems interested in addressing this issue here today..

So, I am disappointed.  I had hoped to 'get on  the Linux' wagon, but it still seems a bit hard.   And I will tell you, Linux guys do not do themselves any favors.  Just starting out, which Linux to use?  There are perhaps 6-7 really good choices to replace WinXP, and the Linux guys say 'Hey, this is a good thing'.  No, it is not.  Most PC users just want to USE their PC.  Having to decide between 6-7 distributions, each with different 'utilities' is never going to work.  I have other less-than-favorable thoughts re: Linux as a common replacement for winXP but will perhaps not take up too much space.  But will say a couple of them are:  GUI vs. CL, or some odd mixture.  An overwhelming attitude when someone does ask 'How do I make X work', and perhaps 98% of the answers are "Why would you use X, just use Z, or Q."   Or maybe some one saying "To get X to work is simple, just sh a .mod on the /etc/"   --  Yes, I  am sure they are right, but without the years of background no way a new guy is going to know even where to start.  (remember, my background is system programming.  I started off WRITING OSes and languages..). I am even willing to look past the poorer fonts, and some really odd delay when starting apps - like a couple of seconds for Firefox..

But just now I have decided to put away Linux.  Primarily because of the unusability with KiCad, but the show stopper for me was:  Today I have had the machine stop responding twice. Display still worked, could move the mouse around, but it would not do anything. And keyboard combos the same, no response.  Not sure why  and perhaps not interested in researching which /bin or /apt or...   log file has some hints.  Will stay with XP for a bit and see if I another path clears its way over the summer.

Will miss that fast boot-up time!

6/1/2014 - Where I ended up:  Windows 7 is now my answer.  Laptop works fine with it, and able to reinstall the apps - even use the 2nd license of our office 2007 suite with no problems.  Will keep another machine set up as Linux (Suse or Lubuntu) to play with, but for day to day will be Win7.