The Best Coffee in the World... 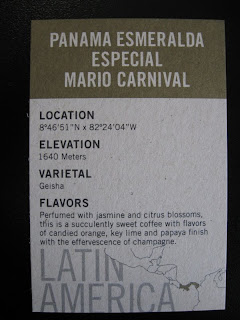 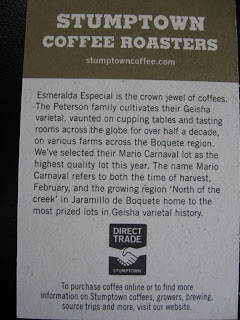 Our adventure began several days ago, when the River Maiden coffee shop announced on Facebook that they would begin serving 'the Best Coffee in the World' today.  Since adopting our current lifestyle, one of the things we most enjoy is visiting coffee shops, and since I was already a 'fan' of this store, we began to make arrangements to take part in this special offering on it's opening day.
Tuesday night we moored at Hadley's Landing on the Multnomah Channel, and last night we moved closer by anchoring in the North Portland Harbor.  And this morning we weighed anchor (and Al nearly 'caught' another anchor 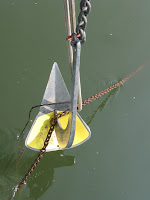 BUT, it would have taken too much effort to free, and we were already in our 'nice' clothes, and we were on a mission.  So it was a 'catch and release' this time.)
So, we motored to the Vancouver City Dock, which had big company again.  A few times back, the Spirit of '98 was our neighbor, but this time the Queen of the West was at the dock, provisioning and preparing for passengers to board tomorrow.  This is their first cruise in over two years! 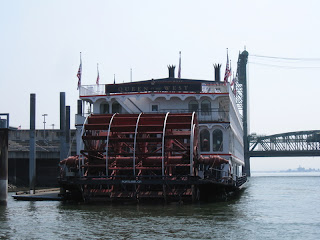 And, back to the coffee.  We walked 31+ blocks to our car, and drove to the River Maiden on Devine in Vancouver.  We were number 11 and 12 to be served the Panama Esmerelda Especial today, it's debut.
The total experience included sniffing the freshly ground beans before brewing on the Clover. 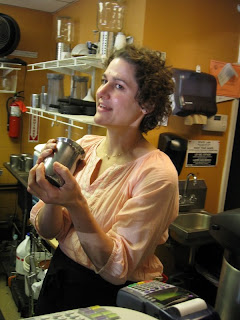 This is MY cup brewed, 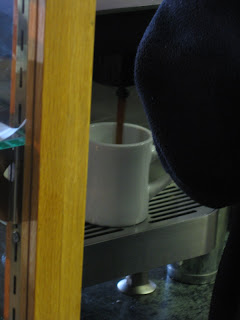 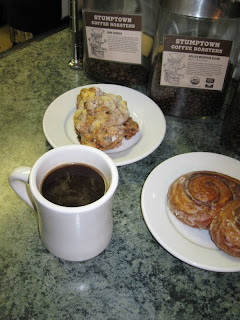