Proper wiring of batteries in parallel

This topic came up on one of the Emailing lists I subscribe to:  How to connect up batteries which are wired in parallel. The person has 12x  T105 batteries and wanted to make up 2 sets of 6 batteries in a 2x3 arrangement (2 in series for 12v, then 3 sets in parallel per bank).  His question was around the size of the jumper wires.  I offered some ideas and also suggested he make sure to connect to the 'opposite corners' of each bank.

In my attempt to find a photo to share I searched the web - boy, I am SO SURPRISED how many places just get it wrong, and how few (if any) really get it right...  In fact, the 'Do it this way' photo I sent actually had it wrong..  ARG.   So, rather then spend more time searching the piles-of-wrong, I made up this photo myself. 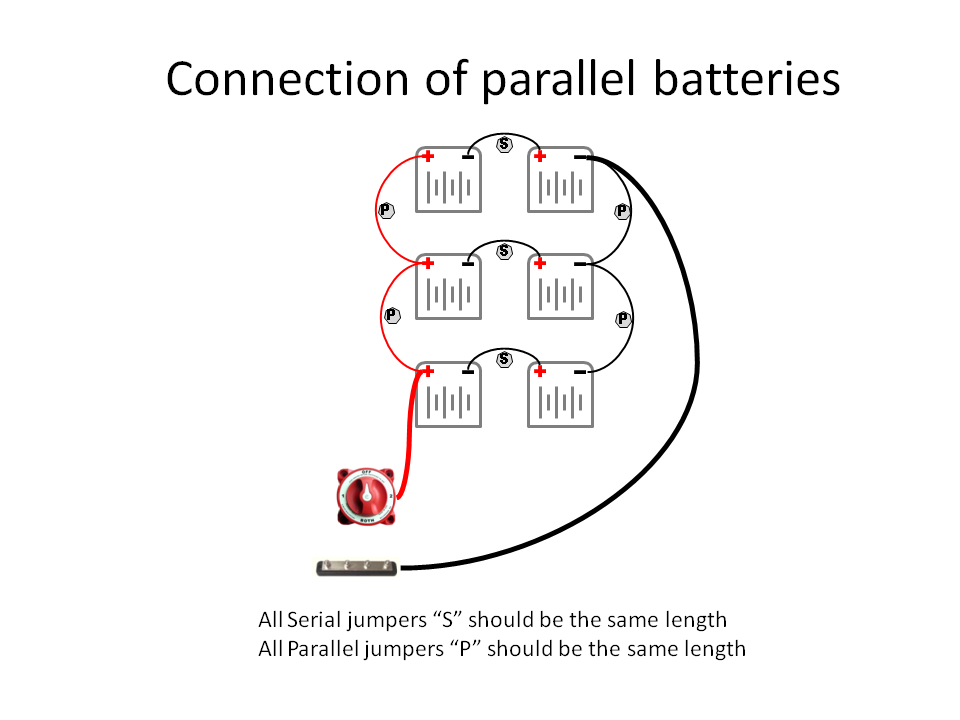 There are three key points in this photo:


Why do this?   The idea here is to better balance heavy current draws.  By connecting at opposite ends we 'distribute' the losses equally.  E.g., the bottom battery gets no loss on the + side, but gets 2 jumpers worth of losses on the neg side (Need to remember both sides of a complete circuit).  The middle gets 1 jumper loss on both the pos and the neg, and the top battery gets 2 losses on the pos side and none on the neg side.  Note how each adds up to 2.  Contrast to these drawings: 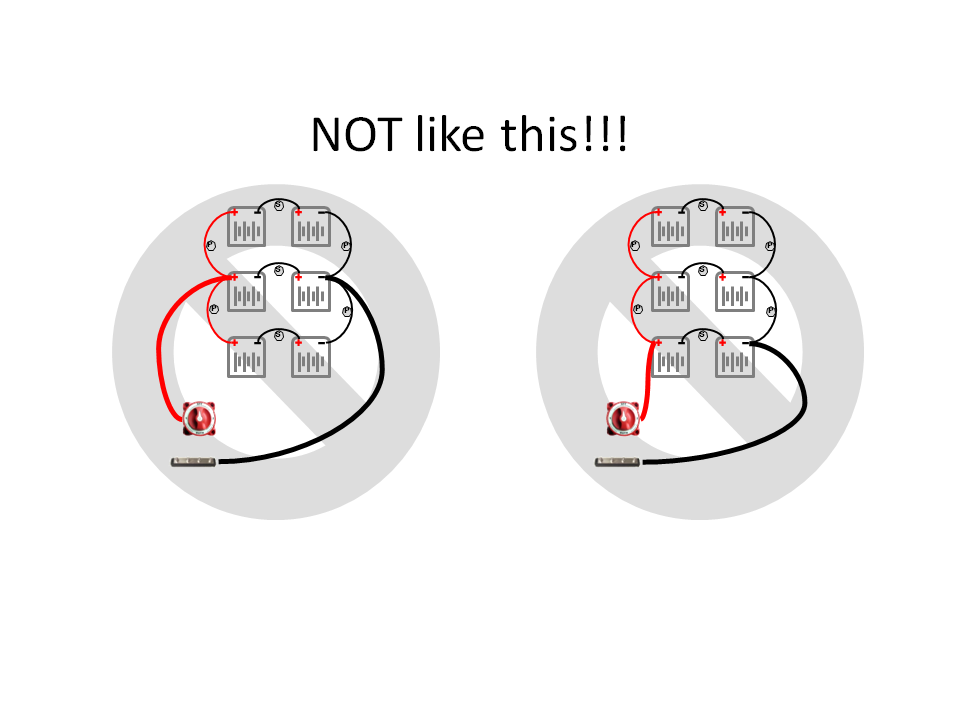 Extending this concept further, if there are two 'banks' of these series/parallel batteries, again make sure the connecting wires are the same length to each bank, ala: 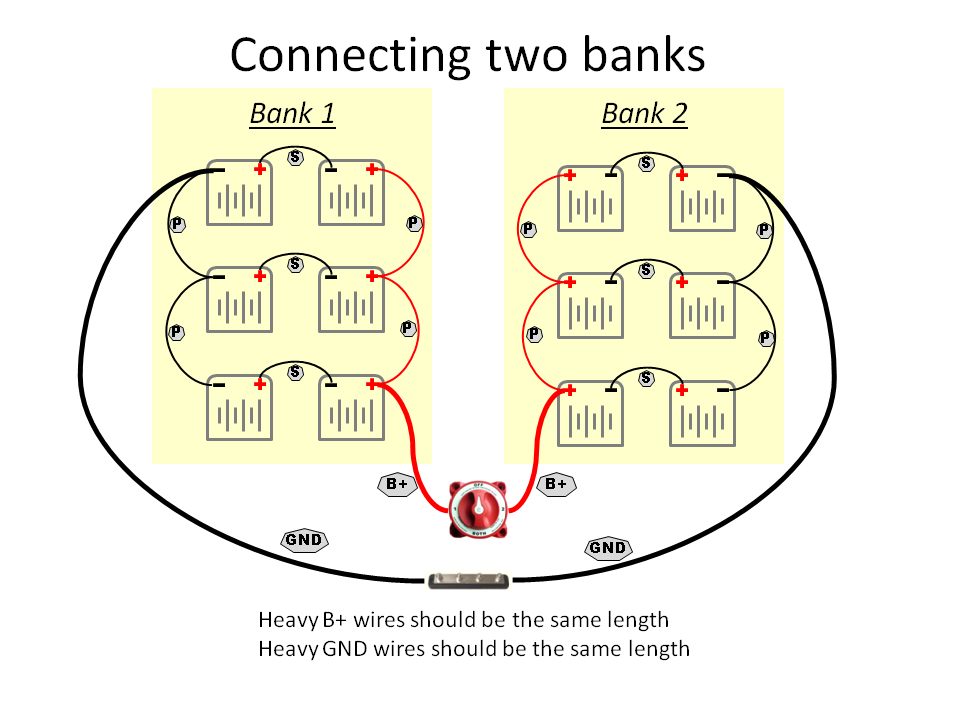 
One might say:  But the losses are small and not worth dealing with.  I have been surprised just how much voltage drop one can have under high amp loads, ala at 220A our alternator creates over a 1/4v drop between the battery and the alternator - even though the main cable is MCM370 (3x sizes larger then 4/0 wire).

True there are oh so many other things that will cause imbalances between batteries in a large parallel deployment.  Connectors crimped to the jumper wires, corrosion between connectors and battery terminals.  Battery variances themselves.  And losses are small - example:  a pair 16" - 1/0  jumpers at say a 100A will give only a 30mV loss.  Reality is most house batteries will dies for many other reasons then a small imbalance.  But I counter:  As we have a  choice in wiring, why not remove one contributor?


Should add here:  I am not a fan of placing several individual batteries in parallel, issues like the above  just come up.  I much prefer series connection of larger cells, ala replace the 12x - 6v T105 batteries above with 6x L16 form factor 2v cells all in series.  One would get the same capacity, longer life, and eliminate all these paralleling issues.

But if you must (and I know there are physical space limitations that come into play here as well), the above is how I would suggest connecting the banks up.