I first awoke to Al's kiss goodbye as he left for a day of meetings.
I made it downstairs for the breakfast buffet, and CNN and Fox News was on and showing the devastation in Japan and the tsunami warnings.  The waves were just passing Hawaii.  I returned to the room to watch more, and check Oregon's local stations.  I postponed my departure for the day until it seemed there would be little damage on the northern Oregon coast.
On to the Postal Museum, also part of the Smithsonian.  I introduced myself to the greeter as a former postal employee and she said 'Well, a Special welcome to YOU!'  It is a rather small museum compared to many here, but interesting.  I took the docent-led tour, which added some interest. 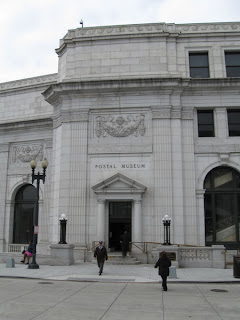 I could glimpse the Capitol dome from the Postal Museum, and I had time to explore, so I decided to check out the possibility of getting tickets for a tour tomorrow with Al. 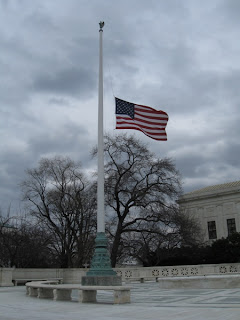 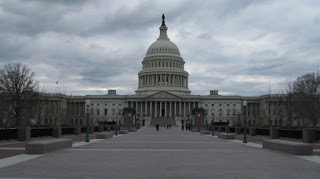