While in Minnesota, my brother-in-law Mike taught us a new phrase, which is the message for a series of public service advertisements playing on Armed Forces Television.  'That's NOT what right looks like!'

And today, when we came across this sight, guess what Al said?

Yes, there were people on board.  They did not seem to be particularly distressed, but did not seem at all anxious for our attention.  We were surprised the number of boats travelling by who did not slow to minimize their wakes for these poor people. 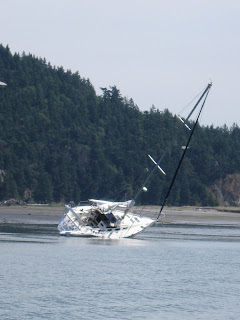 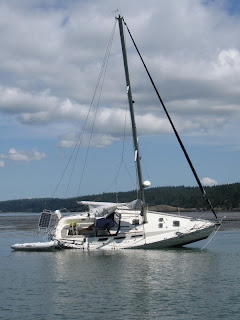 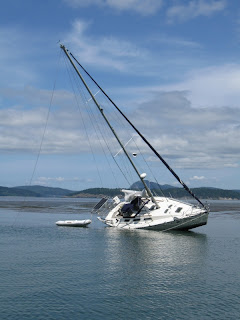 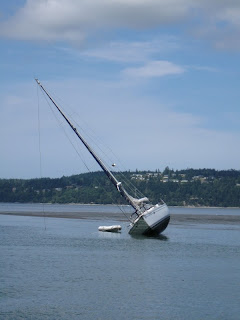 Side note:  They clearly had things under control.  We made contact with them and no assistance was needed, (nor possible at the time).  They had the boat well anchored to prevent it drifting further in - awaiting the higher-high tide late that night.  Sure enough, when we passed by the next day they were gone.