We are presently in the Goat Island Anchorage on Crease Island. The winds were a bit more significant than they've been for a while, and we'd spent enough time in Beware Cove. We wanted to see Mamalillicula, the abandoned First Nation village, but we had heard that that spot wasn't as comfortable for NW winds. We agreed.

Al didn't feel this anchorage was very interesting, but I told him I liked the little islands. 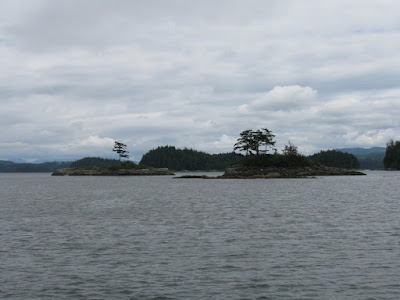 But as the afternoon went on, the clouds were being blown away with the winds!  Same view, different light..... You can SEE why we feel so much happier with a little sunshine! 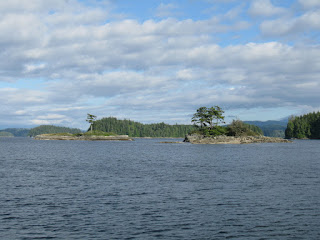 The clouds come and go, the winds aloft pushing them along. And just before the sun dropped below Crease Island, a spotlight shown:


And Al laughed, because both the woman from the boat next door and I were out taking a picture. He said 'Look! An Island! In the SUN!'

It IS such a rare thing this summer.


And next morning? Back to what appears to be 'normal' this summer.... 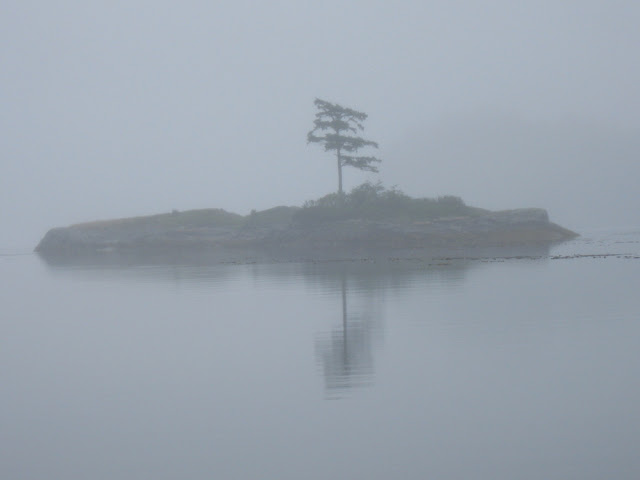