Some features of our boat's DC and AC Electric system

In this post ( http://mvvikingstar.blogspot.com/2013/01/living-on-30a.html ) I talked about how we are able to service 63A of devices with a single 30A shore power cord.  There are a couple of other features baked into Viking Star's electrical system.  Perhaps these can be useful to others. 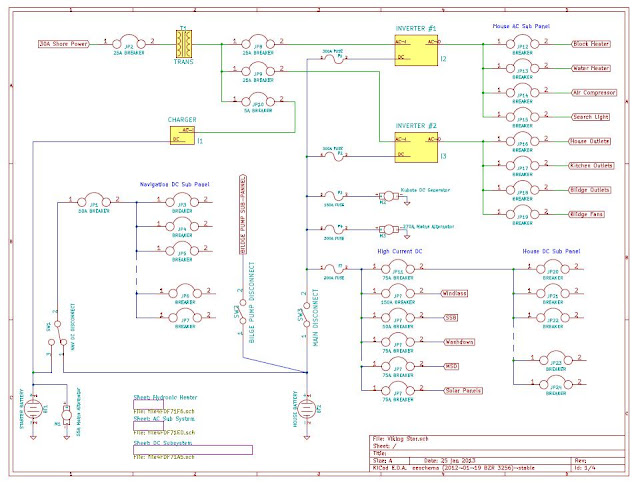 A few items of note:

Of these I would say I like the 25A mains breaker and the dual DC system w/the A/B switch on the Navigation panel the best.