OK,  Last one for a while.  But this is such a colorful graph!

Today I did a full cycle run of the Kubota Generator using the new Arduino based alternator regulator and throttle controller.  And here is a graph from the debug log data that was produced: 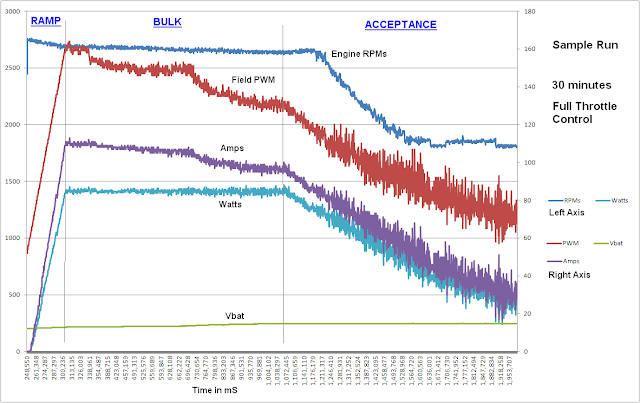 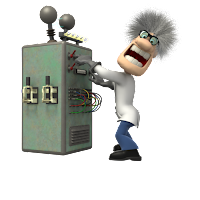 This is the result of the key goal for the project - maintaining a constant load on the driving engine.  As the battery voltage increases we need to lower the Amps delivered in order to maintain a constant Watts load delivered (and pulled from the Kubota engine).  Almost without exception, no alternator regulator is able to do this.  (I only know of one other, and it costs a LOT of $$.  Like a couple $1,000).   I want to maximizing the the capabilities of the generator when it is running, and hopefully reduce overall run time.

One can also see the engine RPMs being managed - as the battery approached full charge, the amps dropped off quickly and the resulting load on the engine was reduce.  So we slowed the engine down.  Need to work on that fuzziness in the Field PWM on the right.

You can see more here:  http://smartdcgenerator.blogspot.com/