A Place of Harmony

That is the translation for 'Sointula'. Founded in the very early 1900's by a group of Finns whose influence is still evident over 100 years later.


There are loaner bicycles at the marina office, and it is 2 kilometers to town. It's been a LONG time since either of us has been aboard a bike -- I think about 20 years for me, and Al thinks it's high school for him! These are heavy duty one-speeds and we are grateful for mainly flat going with just one or two slopes to handle. 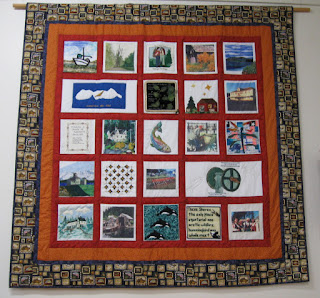 We are back at the bakery bright and early. We were looking for cinnamon rolls, but they are still in the works, so we choose breakfast pastries and a loaf of bread and settle in comfy chairs with coffee. The cinnamon rolls are done just after we have lingered and are ready to go. We'll save them for the next day's breakfast.

We visit the Burger Barn at the marina for dinner, then go to sailboat Maia to visit with Laura and Dick, who bought the boat in the spring and have cruised the Broughtons this summer, and are negotiating with their insurance company to be approved to sail down the west coast of Vancouver Island. They have been buddy boating with another couple we met in Viner Sound when they came to us by dinghy -- they were from Portland, and Viking Star had looked familiar to them! Anyway, we had a nice evening of conversation and Dominoes with the crew of Maia (including dog Ellie), and were happy to hear the next morning that they were approved and could continue with their cruising plans.
Posted by Viking Star at 7:59 AM