I have looked into Solar several times over the past 8-10 years while refitting Viking Star; it after all does seem an obvious solution for covering electrical needs.  And there are examples of cruising boats who cover most, if not all, of their electrical needs using only Solar.  Or more correctly, a combination of Solar and aggressive energy reductions: Chiefly the refrigerator.  By using high levels of insulation and efficient compressors, one is able to cut in half, or less, the electricity we use for our standard 120v  unit. 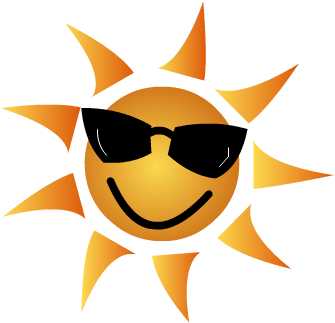 When I looked into Solar, it was to augment the recharging capabilities of the 2nd alternator (below).  We do have the Kubota DC generator – and the idea was to reduce, or eliminate the need to run this while at extensive anchoring periods.

The 1st time I looked at Solar was about 8 years ago.  Penciling things out the ROI came in around 12-15 years.  This was based on purchase price of a couple of 135W panels vs. operating cost for the Kubota.  True a more ’correct’ approach would amortize the Kubota purchase price as well, but the fact is:  Solar would not 100% cover our needs so no matter what I was going to have to install the generator.  (Plus, we need it for the Water maker).

About 2 years ago I looked again and the ROI at that time (using 180w panels) was around 5-7 years.

Prices for Solar panels have dropped LIKE A ROCK, and continue to.  This summer one could find panels for around $2/watt, last week those same panels are in the $1.85/watt range, and I am told they will continue to decline into next year.  So, what about Solar on Viking Star?

One of the best pieces of advice for Cruisers is:  Don’t get too caught up in planning for your needed ‘stuff’ on the boat;  get out there for a while and let that tell you what your needs truly are!  This summer we typically used 250Ah per day, with as much as 380Ah / day.   And yes, this is higher than when we were doing week long cruises (Looking back at prior blog posts).  The range depended on how much we used the computers / TV and was highest when we used the Hurricane hydronic heater.  Of the 250Ah/day ‘base line’  I would say 80% is from the refrigerator and freezer.  If we say 300Ah / day average, then we have about 2.5 days of battery, being very nice to them.  (

Truth is:  We could easily go three days without unduly stressing the batteries - but then we would need to run the Generator 8+ hours to recharge them!  We have found it best to instead run the Kubota 2 hrs a day if we know we will be at anchor more than a couple of days.

Another big draw is when we do laundry.  We either run the generator, or do it while underway.

What would a Solar system do for us?

Every time I see a boat (almost exclusively a sail boat) with Solar Panels, I have been asking them how it was working for them.  Without exception they have all responded ‘Great!’  However when I try and get details on their experiences (e.g. how many AH/day do you get) it tends to all fall into ‘I am not sure’.  Often they will say ‘everything I need’ with no real idea what their daily draws are, or ‘I get back 100Ah by 11am’ from one person with a 225w panel.   (Not sure I totally believe that last one, see below)

Well, this question of what to expect from Solar is not a new one, so I spent a bit of time researching it on the web.  There is a concept of “Solar Hours” in the industry which allows for estimation of daily production.  It is a figure of how many hours a Normalized Sun shines in a given area taking into account the latitude and typical cloud cover over a period of time.  Taking a regions Solar Hour and multiplying it by the capacity of a panel will give an estimate of the panel's output over a 24 hour period.

In the PNW we have 3.5h as a yearly average.  And I was lucky enough to have http://www.cenergysolutions.org/ send me actual date from an installation they did at Sakai School.  Mapping the capacity of the system to 3 years of actual output provides the following Solar Hours / month:


During the ‘Peak Cruising Months’ (April-Oct) the average is 4.2

Using a couple of 240W panels, this would model around 2,000 watts / day, or around 150Ah / day (assuming 13.3 charge voltage).  As the panels would be placed horizontal as opposed to pointed towards the Sun, we need to reduce our estimate.  For the PNW during 'cruising' months we get about 70% efficiency of flat vs. pointed panels.  So our 150Ah gets trimmed down to 105Ah

As to costs this system could be purchased for under $1500, (less if one factors in a 30% energy tax credit).

So, Solar have come a long ways, and a very long ways in the past few years.

What are the downsides?   There are 2.

1st:  Shipping.  The shipping costs for these panels can be as much as a panel itself, and is not factored in above.  One cruiser I ran into solved this problem by basically pestering a local installer for many months until they finally agreed to order one extra panel for him.  I think going forward there might be such opportunities, but if not, then add perhaps $500 to the above costs.

2nd:  Size:  Costs have come WAY DOWN, due largely it appears to me by standardization around fixed installations.  And it seems the industry has settled on a more or less ‘standard’ size of 40” x 65”.   Today’s panels typically produce 225 – 270w.  If one selects a smaller panel away from this ‘standard’ size, not only is the output reduced, but the costs quickly gets back over $3/watt, and approaches $4/watt.   At one time I had thought of building an arch over the upper helm station to hold a couple of panels and also some type of soft sun cover.  Well, if we installed two panels as outlined above we would have in effect a 4’ x 5.5’ ‘cover’ just using the panels!  We are grappling with not only the aesthetics on Viking Star, but also concern over how this would change the windage of her during rougher weather.

Another option is installing smaller panels on the side, like a couple of 135w panels.  But then the costs increases greatly.  And to be honest it might not provide enough energy to make a noticeable reduction in generator usage.

Bottom line:  yes, Solar has arrived!  In fact, for an investment of under $2,500 (MUCH less than marine generators) we could likely cover most of our electrical needs while at anchor. (Outside of Laundry and Water Maker.  But a Honda could carry those with no issues).

Kristi and I have some thinking to do…