The scale gave us a couple of good numbers again this morning, so I guess the week of 'detox' at Blake Island worked, and we needn't feel too bad about the two trips to Pegasus Coffee, and one for pizza, and one for ice cream.  We did walk twice back and forth to the grocery store -- food for the next week to 10 days, and beyond, since our freezers are now packed to the gills too.

Outside Pegasus this morning, I found this interesting plant blooming.  I asked the employee setting up the chairs on the patio if she knew what it was, but she didn't.  Any of you readers have a guess? 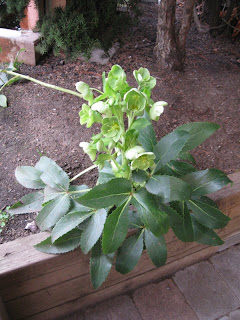 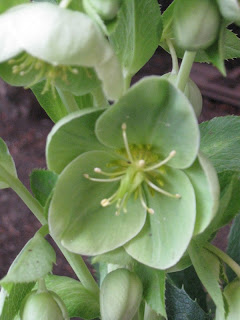 On the way back to the boat, I took a picture of a 'new' duck.  I said the boys have mohawks, and called them Punk Ducks.  Here's the closest thing I can find in the bird book.  Is that it???? 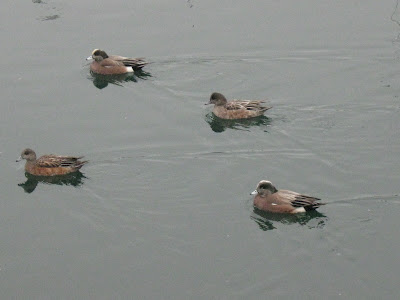 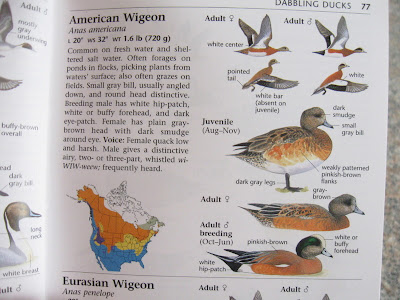 We did see rather a large flock of them up on shore picking through the grass.  I would disagree about their calls though -- they sounded like squeeky toys to me, just one tone.

We had been anxious about the weather report.  We didn't really want the added expense of another night's moorage, and it would be better for our schedule if we could move on this morning, but NOAA's weather report did not look pleasant.  Being it appeared it had not changed, at all, from last night, Al checked out Weather Underground, and was happy with that one.  The largest waves we saw were just as we left Eagle Harbor.

It is Saturday, and it looks like a sailing club is having an event.  On facebook I posted that there were a 'hundred' participants, but we later heard Seattle Traffic say on the radio that there were about 70.  As they all turned to head north, we saw LOTS of spinnakers. 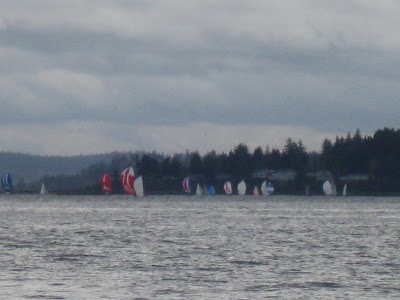 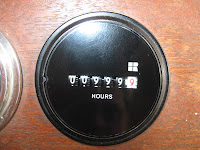 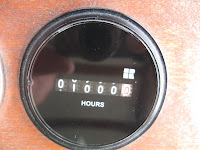