Someone asked me this question last fall - Would I get AIS or Radar? I answered 'Both', and given that good, used (e.g. the old Furuno closed dome units, ala the 1731 MK3 we have aboard Viking Star) can often be found on Ebay for under $400, why NOT both?

His question has stuck with me though, and given our pattern over the past few years I would say if I HAD to make a choice, I would likely pick an AIS receiver. 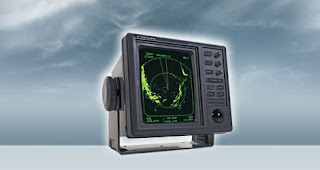 We have used Radar a LOT, but that was mostly back when we traveled at night when we were on the Columbia River. It was a great complement to the chart plotter - being able to look at shorelines. And it also allowed us to keep track of tugs and their pushes, as many of them would 'Turn off that darn AIS' once they crossed under the I-5 bridge. (Was told by one captain that AIS was not required above the bridge...) 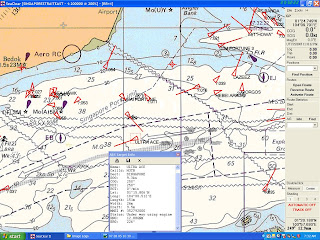 However, up here in the Sound we have used Radar only twice, both times in heavy fog. (and by use, I am talking about navigating using it, not those many hours we have had it on during bright sunny days to gaining experience being able to read Radar!!!)  But we use the AIS daily while underway. Seeing a ship's course and speed plotted on our SeaClear navigational display is very useful.

To be honest, it is mostly the Ferries we look out for, as they are FAST. And even when they are not moving we can pull up the detailed screen for them and see when their SOG moves away from 0 - then we KNOW they are getting underway.

And the times in the Fog we have used the Radar we have noticed:

This last one needs some explanation   Looking for smaller boats on Radar takes concentration, as the Blips come and go.  They are not  steady like the Big Boat Blobs are.  During times of stress (ala running in Fog) ones attention is divided between watching the Radar and say scanning outside, it is easy to miss a fast moving small boat.  In fact, the ONE time we came into a collision situation in the Fog was a fast moving (15-20 kts??) Sports Fishing boat that popped out of  the fog barring down on us.  He was not on AIS, we had not 'noticed' him on Radar.  It was a horizon scan that spotted him.  And at a couple of hundred yards he was closing fast with no indication of altering course - that is until I laid on the Buell Horns.   Then he quickly altered to Port (!!), passing in front of us and into the fog.  (How many COLREG violations can you find??)

Yes, we use AIS a lot. And with a low cost ($200) receiver that integrates into our existing PC based chart plotter - if I was forced to make a decision I would likely pick AIS over Radar.

But even with our experience of Radar in the Fog, given that a quick check on Ebay shows a couple of 1731 units with bids under $300, I still stand by my original Both comment.  If nothing else, it is a great backup to the AIS / Chart Plotter for land and big ships!