We have been paying close attention to our Captn Jack's Tide & Current Almanac these days.

Information from Appendix D tells us that there are three astronomical events that work to increase tide ranges and the speed of currents.

During the New or Full Moon, the gravitational forces of the sun and moon work together, called spring tides.  When the moon is in Perigee, the point in it's orbit where it is closest to the Earth, gravitational influences are increased.  And when the moon is the farthest north or south of the equator, the difference between high and low tides is at a maximum.

On Sunday June 3 the moon was in Perigee.  On Monday June 4, we had a Full Moon, AND it was the farthest south of the equator.  These three events, together, have created a HUGE tide range, and ripping currents.

(Tide ranges are larger in the South Sound than they were in the San Juans.  Best mental picture I can come up with...have you ever carried a pan of water, and observed how the water kind of 'piles up' at the edge, until you correct?  Olympia is at the 'edge' of the Puget Sound.)

Yesterday's tide range was not far different from today's.  We arrived at Jarrell Cove State Park on Harstine Island at about an hour after low tide, already beginning the ride up.   I took a series of photos, and repeated again at high tide.  It's fun to compare: 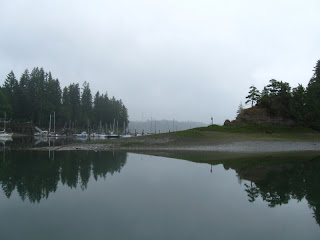 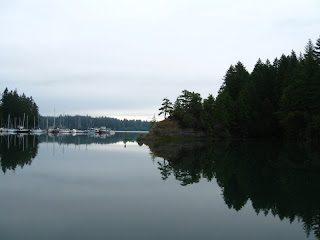 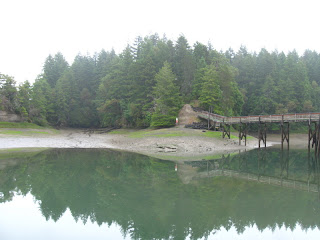 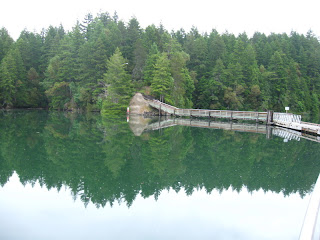 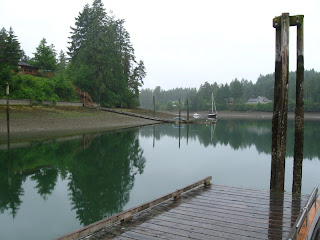 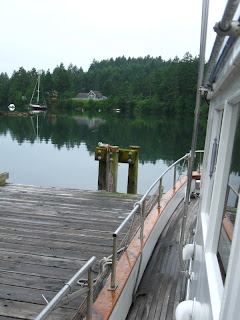