Well, as threatened – I played around a bit more with the Wiper Delay module design and did two things: 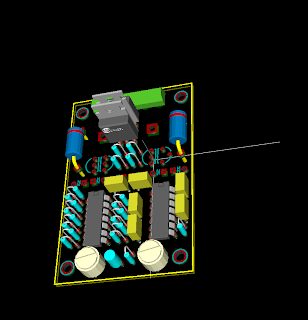 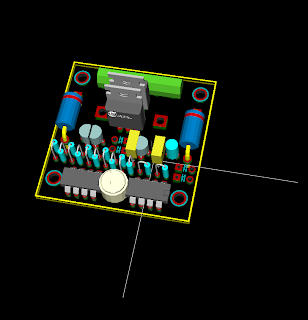 It has been interesting to look at these two approaches; both do the same thing – monitor current in the wiper motor to decide when the wiper arm is parked, and provide a variable delay for ‘intermittent‘ wipers..  Both use the exact same parts for turning power on and off to the wiper motors, as well as measuring the current flow.  But while the 1st design used a couple of 555 timer chips to do the timing, plus an op-amp to decide the direction of the current rate of change, the 2nd approach does all that inside a small computer.  .   The 1st approach is something one would likely see from a 70’s, or 80’s design  – discreet ckt.  While the 2nd approach is more of a late 90’s into 2000’s.

Ok, do both do basically the same – so come on, do we really need to ‘computerize’ the wipers???   Well . .  where it gets interesting is when I costed out the two designs.  Just purchasing the parts (quantity one, from Mouser.com):

And if we add on perhaps another $1 for the extra PCB space the ‘old school’ approach would need, due to its larger PCB – then clearly the new ‘computerized’ approach is MUCH lower cost.  (though it does need a 2nd person who knows how to program vs. only a hardware guy for the Old-School design).

I guess I find this interesting in that it does go a ways to explain why almost everything, from toasters to coffee pots, to car doors and now even windshield wipers have been ‘computerized’.   When one can purchase a small ATtiny16a CPU (the small computer I selected for the 2nd design) for $0.98 qty one (and under half a buck in larger quantities) it does not take too much to see the ‘power’ these little things can have…

And once we have a computer in there, well, features simple to add - are just a SMOP.  Already I figure I can eliminate one trimpot as the computer is able to decide for itself how long each swipe takes.  Maybe we can look at the peak amount of current drawn by the wiper motor to decide if we need to increase the time between swipes (think is:  too dry of a window makes it harder for the motor, and hence it draws more power - we can detect that to say we are swiping too often.).   Or, maybe an auto-shutoff?  Not sure how I could get an auto-turn on without some extra sensor.   Hum . . . .

So with a noticeable cost savings, and even somewhat  improved ‘functionality’  -  Computers clearly beats out Old School.  (In this case.)

** OK, the ATtiny16a CPU will not really run Arduino code, it is just too small - one would need to do direct Atmel 'C' development environment.  But that is not really that hard, and if one really wanted to retain the Arduino environment, then just put in a ATtiny85 CPU at $1.29, and load one of the mini-loaders (Just google Arduino ATtine85 to see lots of solutions).