The downriver trip continues to be quite uneventful, thank God.  We did a longer day yesterday, from Lyons Ferry to Fish Hook recreational area.  Hey Patti, here are a couple of pictures just for you, the first from a distance, then a close up of some really cool rock swirls: 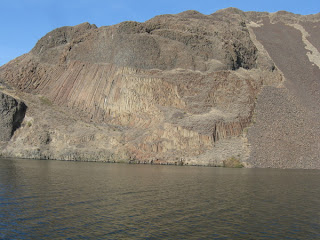 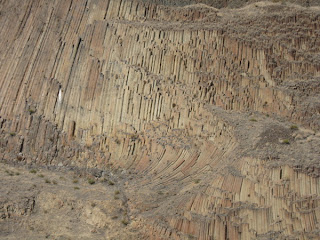 I am enjoying the trip downriver more than I thought I would.  I thought 'It's just the stuff I have seen before' but it DOES look different.  Different angle, different light?  I don't know.....just different.  And then we DID stay somewhere different from the trip up.  We did not stay at Levey, which we nicknamed the Twilight Zone park.  Instead, we stopped at Fish Hook Recreational Area.  Very similar to Levey, but smaller, with a MUCH nicer dock.  We pulled up just as the sun was beginning to set.  Then we set off to explore. 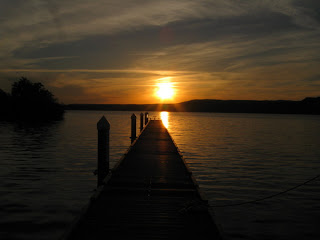 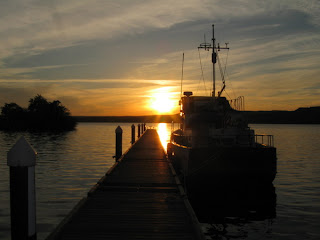 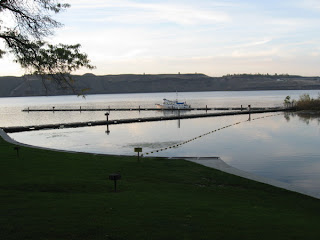 We thought we would have the whole place to ourselves, like Levey, but we were wrong.  From the hill we saw the US Coast Guard cutter, Bluebell, coming upriver. 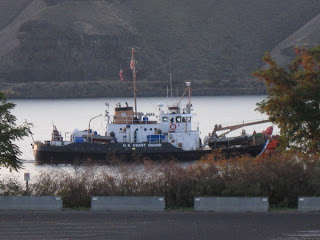 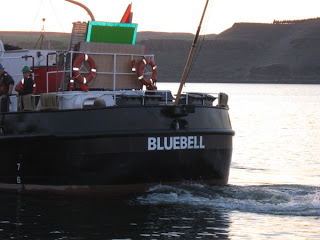 We made it back to Viking Star quickly, just in case they needed us to move back on the dock, but they said we were fine where we were.  We sat on the front deck and watched all the activity. 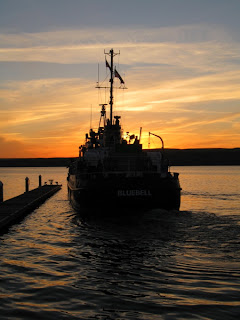 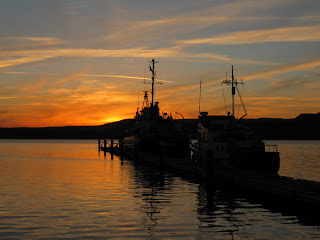 Once they were all set, there was still enough light to catch the double silhouette with the last color of the day.
It was a nice night, and a very pleasant morning.  There were a few fisherman on the dock.  The Coast Guard left at about 8, and we heard their arrival and lock-through at the Ice Harbor dam, not far downriver.
We enjoyed our Sunday morning with TWO pots of coffee, warm showers, and a couple of TV shows previously downloaded to Al's computer.  Then we were off at about 11.  Ice Harbor is the last dam on the Snake, and we pulled onto the Columbia River at about 1:30.  We are still at the Ice Harbor Brewery on Clover Island in Kennewick finishing up 'linner' (lunch/dinner).
We will be in Kennewick for a couple of days.  Al has some work phone calls on the schedule, and he wants to do a couple of boat projects while the weather is still so nice.  He also needs to find an oral surgeon--he literally has a screw loose in his head.  The preparation for an implant is a screw placed into the bone graft material, and it has loosened.  Need to get it checked out.
Our Portland Spirit is in Kennewick!  They are here for about a week, the first time they have ventured this far.  We may head a bit upriver on Tuesday to Richland.  They say the shopping (and Starbucks) is more within walking distance there.
Posted by Viking Star at 5:18 PM